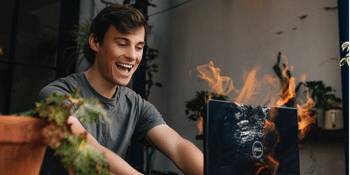 2020 National Tour
Magnet House (Capitol) (Perth, WA)
Thursday, 6 August 2020 8:30 PM
20 days away
18 Plus
Comedy
Send this event to
Ever since I learned there was a propaganda model created in the early 1900s that filters all media so the public only sees what the elite want them to see I have been obsessively tracking its ramifications. It's truly horrific. There is no democracy. It's all a lie... can I have some money?

Jordan Shanks is a controversial political satirist and podcast creator. In 2019 he was threatened with being sued by Clive Palmer, but he refuses to be silenced.

He has produced over 450 no-holds-barred videos for his YouTube channel, has over half a million followers on social media and his videos have been viewed over 86 million times.

Jordan hopes he will foster some sort of interest in socio-political discourse, maybe even stir positive change, but most people keep asking him to dress up as a high school kid he once knew. Sometimes he complies.

"A character-actor that rivals Daniel Day Lewis...Jordan somehow makes the audience give a **** about politics again"...The Upside News

"Being in a packed house of people p***** themselves – sometimes in anger – there was a palpable sense that this feeling can be forged into something powerful. Like, I don’t know, a metaphoric hammer, for example”…Daily Review